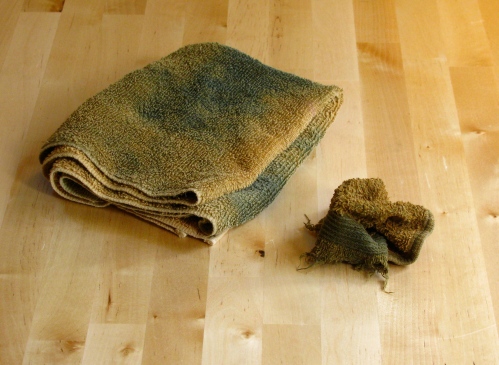 I guess most dog owners know by now that they are supposed to brush their pet’s teeth. This was not something I knew as I grew up with lots of dogs that never had their teeth brushed a day in their lives. But when I met the hubs and his family I learned this fact. The hubs grew up raising puppies for Guide Dogs for the Blind, a fantastic organization that does just what the name implies, it raises seeing eye dogs for blind folks. These dogs are given to host families as puppies and the family raises it until it is just over one years old, then the pup goes back to the organization for a testing phase to see if it is going to be a guide dog, a breeder, or a career change (meaning they did not make the cut) dog.

My new in-laws take great care with their temporarily adopted pups (as well as their permanent ones) and this includes brushing their teeth. Now at the juncture in which I learned this fact, I did not yet have yard dogs and I brushed it off, no pun intended. However, not too long after getting the first yard dog, the vet began to notice build up on his teeth. She inquired as to whether or not we were brushing his teeth. Nope! We were not. So we rushed out and bought that expensive dog tooth brush and flavored dog tooth gel, determined to avoid the high cost of tooth rot later in yard dog’s life. And we failed miserably at using the darn thing. The yard dog hated it and would not let us get a good brush, even with the tasty chicken flavored gel.

After years of having abandoned the tooth brushing, we now have two yard dogs, who are moving into their prime. The build up on their teeth is substantial and even causes stinky breath. So the vet suggested using a fabric and just rubbing it against the teeth daily. Something with grip.

What we came up with was a terrycloth towel from the bag-of-rags. We cut a square that is manageable to use and gets into the mouth easily for our 70 pound pups (4″ x 4″). Each evening when they are lounging and are a little sleepy, me or the hubs will get the rag wet and then go to town on one of the pups. Rinse the rag and repeat with the other. We are seeing a marked improvement on all fronts. And even though the yard dogs would absolutely chose another activity over this one, because we worked with them when they were young to allow our hands in their mouths, they concede and we usually get a pretty good scrub done.